Freshwater Collaborative of Wisconsin Executive Director Marissa Jablonski will be featured as part of an annual roundtable presented by Mazarine. The event, conducted in two sessions, will be focused on research and technology development being undertaken at universities around the Great Lakes region.

Universities and federal institutions in the region are conducting a wide variety of research and technology development projects that tackle water/wastewater challenges in agriculture, conservation, buildings, industry, and utilities.

Each day’s 90-minute program will offer eight invited universities, including UW-Milwaukee and the FCW, 15-minutes each to introduce their water/wastewater-related research and technology development activities. The last 30-minutes each day will be reserved for discussion and audience questions around where and how university innovation can more expeditiously move from university lab to market trials.

UW System President and former Wisconsin Governor Tommy Thompson speaks about the importance of Wisconsin’s freshwaters and the work of The Freshwater Collaborative that connects all 13 universities in the UW System.

The JFC hosted the first session at UW-Whitewater and the FCW wholeheartedly participated! We had 6 representatives 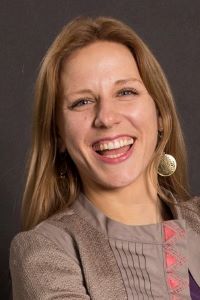 from across the state and across stakeholder groups– 2 professors, 1 student, 2 business leaders, and the FCW administration.

The next session was in Rhinelander and I could tell the legislators were getting accustomed to hearing from us as we were represented by two chancellors, a professor, and again the FCW administration. The third session at UW-Stout had another terrific turn out with 4 professors, a chancellor, and a FCW administrator. The virtual session was very similar.

I personally found these meetings to be extremely informative and a terrific place to network and understand the issues, concerns, and celebrations across the state.

The FCW is asking for an initial investment of $9 million that will be used to support student success through scholarships, fellowships and internships, grow the statewide network of educators and innovators, and engage with the broader community. We are currently accepting 6-year plans from each of the 13 UW Universities and creating collaborative curriculum across the state. From there, we will be writing MOUs between UW System, the FCW, and each of the 13 UW Universities. In this way, we are accountable to Wisconsin taxpayers for their growing water programming.

The FCW will put Wisconsin on the map as the international water education hub, so that anyone in the world thinking of studying water, training in water, or working in water, thinks Wisconsin! We will help create and fill new water jobs in Wisconsin driving economic growth and development. And we will offer hands-on training to students who will go on and solve grand water challenges.

Read our talking points and help spread the word and support the FCW. Go team!

UW-Green Bay and area partners are leading the charge to establish a National Estuarine Research Reserve (NERR) for the Green Bay watershed—home to the largest freshwater estuary in the world. The NERR system is a national network of 29 sites across the coastal U.S., designed to practice and promote stewardship of coasts and estuaries. Established through the Coastal Zone Management Act, the reserves represent a partnership program between the National Oceanic Atmospheric Administration (NOAA) and the coastal states. NOAA provides funding and national guidance, and each site is managed on a daily basis by a lead state agency or university with input from local partners.

The regional NERR designation would promote a coordinating force to manage, restore and protect the Green Bay ecosystem, with a programmatic focus on four sectors—research, education, stewardship, and training.

UW-Green Bay and its partners, hosted two virtual kick-off events in April to educate the public about NERR and what it could mean to the region and state. The kick-off was highlighted by a video describing the importance of protecting our freshwater resource — not only for our physical livelihood, but for commerce, recreation, and pure enjoyment. Watch the video.

The one-hour kick-off event can be accessed at the UW-Green Bay NERR website.

Next steps will be to review relevant geography being considered for a site, draft criteria to be used in the site selection process, and identify 3-5 optimal candidate locations for the Green Bay NERR.

The Gilbreth Lectures were established in 2001 by the Council of the National Academy of Engineering as a means of recognizing outstanding young American engineers and making them more visible to the NAE membership. Recipients of the lectureships are nominated from the Frontiers of Engineering program and have the opportunity to make presentations at NAE’s fall Annual Meetings and spring National Meetings.

The Gilbreth Lectureships are named in honor of Lillian Gilbreth, the first woman elected to the National Academy of Engineering (1965) and a pioneer in the field of Human Factors.

Dr. Eric Compas, Professor of Geography and Director of UW-Whitewater’s GIS Center, will give a keynote presentation at the Chemical Monitoring Station of the Future symposium in April.

Compas will discuss his “Testing the Waters” project at the virtual event, which is scheduled for April 13-15 in Koblenz, Germany.

Along with his work at UW-Whitewater, Compas is the board president of the Rock River Coalition, a regional water quality NGO that coordinates citizen science within the Rock River Basin.

His research interests include using GIS and unmanned drones for environmental monitoring, private and public protected area management, and improving visualization systems to enhance the public’s understanding of science.

His keynote – “Testing the waters: Real-time mapping of water chemistry on the Rock River” – will take place April 15.

The symposium will offer an exchange platform on a number of topics, including Inline/online/atline techniques in surface water monitoring; close to real-time data verification, evaluation and provision; and In-situ monitoring and observation interfaces. Other topics include:

Full details on the conference are available online.